The European Super League (ESL) is set to be a €2.5bn own goal. Brand Finance has been tracking the financial value of football brands for 15 years and this proposition is potentially the biggest shakeup to the game seen in that time. We calculate that the ESL Founding Clubs are likely to lose a combined brand value of €2.5bn, but that number could potentially be as high as €4.3bn.

In the most likely scenario, we estimate that the annual loss for the Founding Clubs will be €1.1bn in revenue a year and the brands will all suffer significant reputational damage, leading to a drop in brand value of €2.5bn. This loss is a combination of lower broadcasting, commercial, and matchday revenue. It assumes that the UEFA will not allow the teams to compete in Champions League and the national leagues also remove the teams from their rosters.

For the ESL ‘Founding Clubs’ the prize seems obvious - more money - but this ignores the huge risk that fans won’t follow and neither will the money. There is outrage in the home markets from both fans and leagues alike, but it is not clear yet what the repercussions will be. Will fans vote with their feet and leave the clubs many have supported their entire lives? Will the leagues impose fines, or point deductions leading to relegation and further financial loss?”

We value the top European football club brands each year, and at latest measurement the top 50 club brands were worth a total of €19.5bn. The twelve clubs signed up to the European Super League make up 56% of this - €10.8bn euros. This highlights the dominant commercial position they already hold, and is likely a part of the reason they thought they could get away with the new scheme without sanctions from the domestic leagues and associations.

The impact on brand value could potentially be as high as €4.3bn, which considers the scenario in which the clubs' brand strength is damaged. This would mean that they no longer carry the same appeal to fans and sponsors, and the negative sentiment around the ESL would damage emotional associations and affect attributes that sponsors value very highly, such as strong heritage, community engagement, and trustworthiness. This would further impact all revenue streams and lead to losing a significant amount of matchday and commercial income.

Our analysis indicates that not only would the move inflict financial damage on the Founding Clubs themselves, but also on the other clubs in their leagues, which may lose up to 25% of their brand value.

In our view the result will be damaging for the clubs involved. The sentiment of fans online is overwhelmingly negative, with negative posts outweighing positive ones 3 to 1. Negative sentiment like this will inevitably lead to lower matchday spend and commercial revenue in the clubs’ home nations, which is still the lion’s share of any European club’s income.

If not from the domestic markets, then the revenue will have to come from the US or China, but an uplift in either of these geographies seems unlikely. In both the US and China, the domestic leagues are by far the most popular as measured in Brand Finance’s Football Fan Survey. 31% of US fans prefer Major League Soccer and 21% of Chinese Fans prefer the Chinese Super League – and these numbers are already strengthening year by year. Both are countries that will more readily put their resources behind home grown team brands than foreign ones if the opportunity presents itself.

Get in touch to discuss with our sports services team how the launch of the European Super League can affect your brand's finances.

China is no longer an undeveloped market for European and North American football brands to grow. As we have seen in our studies of other industries, Chinese brands are growing fast. Many of these brands, like Evergrande, are starting to become household names in Europe and it is only a matter of time before we start hearing about Chinese Football clubs more regularly. The European Super League launch plays into their hands.

In 2011, President Xi Jinping announced his dream to see China win the World Cup, a dream many thought impossible, but as a result, the game has received investment at all levels in the country. If the ESL Founding Clubs think that the Chinese market is a vacuum available for them to fill, they are in for a nasty shock when they discover there’s only one true ‘super league’ in China. 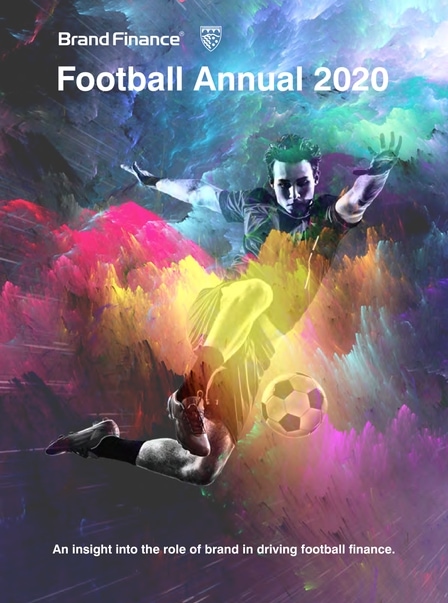 Download the full report to learn more about the role of brand in driving football finance.

Richard is the Managing Director at Brand Finance. He has lectured at universities and business schools, including London Business School, on topics surrounding brand valuation and management.
From his expertise with global clients in various sectors including banking, telecoms, airlines, sport, media, food and more, Richard has been able to advise our clients about their Brand Hierarchy, and has devised and recommended methods for them to improve their Brand Architecture, Portfolio Management, and Brand Positioning.
Richard also has a BA in Mathematics from the University of Oxford, qualified as a Chartered Accountant (ACA) and became a member of the Chartered Institute of Marketing with Brand Finance.

Head of Sports Services
Brand Finance
Hugo Hensley is Head of Sports Services at Brand Finance. He specialises in value-based brand strategy, technical valuations, and sports & sponsorship consulting. He has more than four years of international experience within Brand Finance in London and Sydney. He has worked for clients such as Chevron, S&P Global, Liverpool FC, and SABIC, among others. Hugo is a qualified Chartered Accountant (ACA) and has lectured in Brand Valuation at UNSW and Emlyon Business School. He holds a Masters in Engineering from Oxford University.
More from Hugo Hensley
Message